3 Easy Steps to Become More Effective at Every Exercise

When Arnold Schwarzenegger was the reigning Mr. Olympia, he once said that he would get more out of performing a single set than most people would get out of their entire workout.

Part of this was mental and being able to push himself harder. The other part was that Arnold also understood how to squeeze the most out of every exercise. Two people may be doing the same exercise; however one person may be using awful form and creating muscular imbalances while the other is using proper form and optimizing time under tension.

This helps create the mind-muscle connection that all the great bodybuilders have talked about. To do this you must prevent accessory muscles from becoming over-involved. You must also be aware of how to manipulate the biomechanical forces occurring during exercise in order to maximize the tension on the targeted area.

Here Are Three Easy Steps to Maximize Time Under Tension and Get More Out of Every Single Exercise You Do: 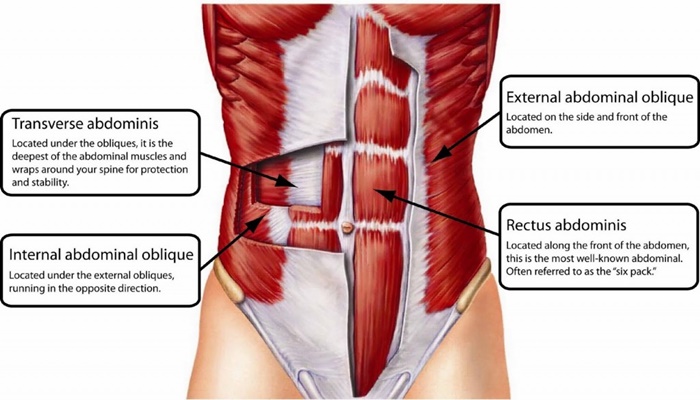 The transverse abdominis (TVA) is the deepest layer of the 4 different abdominal muscles. It runs from the side of the trunk to the front and is connected at the back by a fascial sheath that also attaches to the lumbar spine.The primary function we are concerned with is the stabilizing of the spine and pelvis during exercise. When the TVA is engaged your lumbar spine is in a neutral position which allows for maximal loading. Studies show that the nervous system fails to recruit muscles in the limbs efficiently when the spine is not neutral and the TVA is not engaged.

Tightening your TVA will also ensure you don’t have any forces being exerted by your back, taking away from the target muscle. Take a look at the person who is arching the back with every single curl. Their biceps aren’t getting maximal time under tension because the act of spinal flexion and extension is taking some of the load. Instead you should squeeze your butt and quads while drawing your hips underneath you and tighten your lower abs, effectively engaging your TVA. The lift will suddenly feel much heavier as you feel the biceps to perform much more work. Tension stays on the them instead of bleeding into the back extensors. Also, having the spine in a neutral position will facilitate a stronger neural connection with the biceps.

This translates to every exercise. Are you performing your military press with an arched back? Try to push it flat against the back of the seat and see how much more tension you direct to your shoulders. When your core is engaged, it will help keep the rest of your body in proper alignment allowing for optimal loading and biomechanics. 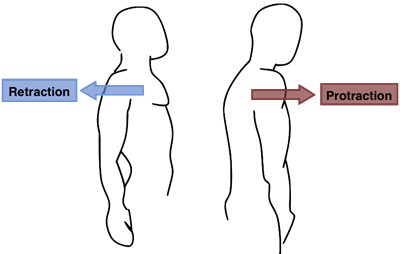 For the most part, this will mean neutral although some exercises call for the shoulder girdle to move to a protracted or retracted position. Unless you are doing an exercise that targets the muscles responsible for retraction and protraction (like most back and flye movements), you will want to keep your shoulder blades down and in a neutral position between retraction and protraction. For some, neutral may be a natural position. However, many people have muscular imbalances that result in the protracted position. For these people you will have to actively pull your shoulder blades down and together to reach neutral.

Many people protract and retract their shoulders without being aware of it and this transfers force from the targeted area. Let’s go back to the bicep curls example. The biceps function is to flex at the elbow and to supinate the forearm. It has absolutely nothing to do with protraction, but you often see people rolling their shoulders down and forward (thus elevating and protracting the shoulder girdle). Instead of placing all the tension on the biceps, the traps and anterior delts diminish the time under tension and contribute unnecessarily. When the shoulders are in proper position, this contributes to maintaining a neutral thoracic spine (TVA was responsible for neutral lumbar spine) and allows for more efficient movement of the limbs.

Another common mistake people make with shoulder girdle position is with exercises targeting the back. A full range of motion for a movement like the cable row involves full protraction and retraction. Often during the pull, the shoulders don’t reach full retraction. It’s not unusual to see the traps elevate and the shoulders roll forward at the end of the movement on someone with common muscular imbalances. It may be necessary to do a smaller range of motion and place the focus on squeezing the lower part of the shoulder blades together.

For more help on proper form during rows, check this video:

Any exercise that involves your arms or legs (which is almost all movements except for a few abdominal exercises) gives you the opportunity to tighten up your lines of tension by generating a rotational force known as torque. Torque provides joint stability which directs the force to the targeted areas, not letting tension bleed into other areas. By creating a rotational force primarily through either the shoulders or hips, you tighten all the capsular slack within the joint. This keeps the joints stable and allows you to increase your total workload capacity without risk of injury. 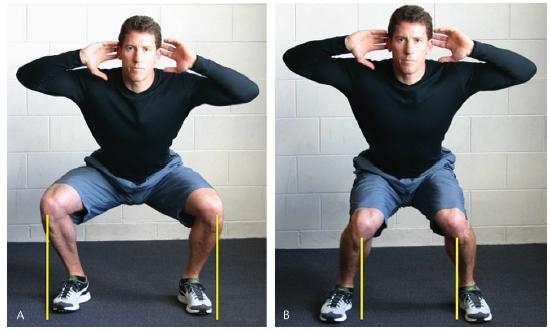 The first picture shows proper torque being generated through the hips. The individual is actively externally rotating as he is squatting. Think of a screwing the heels in kind of motion with the knees rotating outside the foot as you get deeper. The second picture shows a lack of torque, leading to instability in the knees and hips and suboptimal glute recruitment. Not only would this position have a much greater risk of injury, tension is not being optimized on the quads, hamstrings or glutes. Instead the adductors and back will likely take over some of the load.

Often times people don’t maintain torque during a movement because they are more concerned with how much weight they can actually lift than with targeting a specific muscle group. When you apply torque and direct the tension fully, the exercise often becomes much harder with the same amount of weight. Let’s revisit the bicep barbell curl once again. If you want to generate maximum torque you need to apply an external rotational force. To do this you want to think about rotating your elbows in towards each other while rotating at the forearm through supination. Suddenly, that barbell will feel much heavier as you direct maximum time under tension to the biceps.

Other examples of torque include screwing your hands into the ground (similar to the feet as mentioned earlier) with external rotation force during a pushup. This stabilizes your shoulder and prevents your small rotator cuff muscles from becoming over involved. This allows the chest, shoulders, and triceps to take the load as intended. During a lat pulldown, you would externally rotate and “break the bar” as you go through the complete range of motion. This would line your forearms up directly under your wrists and the tension would stay on the lats, lower traps and rhomboids. This keeps it from going into upper back and traps. Every single exercise can can be improved when you find the rotational torque force that forces more recruitment from the targeted muscle.

Putting It All Together

EMG studies measure and compare the electrical and nerve impulses in muscles during rest and contraction. They have shown that experienced lifters are able to recruit muscles much more effectively than beginners. They have the mind muscle connection, which can help to be induced by combing these three techniques to get the most out of every exercise.

For any exercise run through this checklist:

1. Are my shoulder neutral? They may start there but make sure they stay throughout the whole movement. Actively pull them down and back. This keeps the upper traps and front delts from taking over.

2. Is my back straight? You must engage your TVA to stabilize the lumbar spine. Before you begin an exercise, make sure to flex your quads, squeeze your glutes, and pull your hips under you. This will engage your TVA and provide stability while directing tension to the target area.

3. Am I generating torque? If you feel any instability during an exercise, such as the elbows flaring out during a press or knees coming in during a squat, then you aren’t generating proper torque. This will lead to joint instability and less time under tension during the exercise.

When you do these three things for every exercise you will feel much more “connected” to the targeted muscle and become more efficient at engaging it. The total time under tension will increase and you will see much faster gains than if you let sloppy form and accessory muscles take over. While it’s important to keep form tight throughout the whole exercise, once you are reaching failure, your body will go into some compensations to help finish that last rep or two. That’s ok if it’s just a rep or two, but many people perform the whole set with a faulty kinetic chain. Failing to generate enough ATP to fuel intense exercises leads to a breakdown in form. So make sure to supplement with some Creatine to get the most out of every exercise.

The post 3 Easy Steps to Become More Effective at Every Exercise appeared first on .

on your first order

Sign up to receive our newsletter that includes everything from product launches, promotional sales and more!