6 Exercises You Should Avoid

There is a vast array of equipment in a modern gym, from standard free weights to machines that have you scratching your head in amazement. New techniques and takes on old favorites are being invented all of the time. 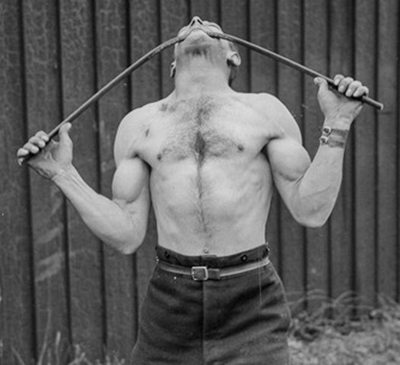 Sometimes it feels like personal trainers are trying to come up with the wackiest variation in some secret competition.

“Hey if you stand on this while lifting that kettlebell with one hand, arching your back, and sing ‘Take me out to the ballgame’ your traps will explode!”

Yes, the gym is becoming as crazy as the rest of the outside world! It won’t be long before we start seeing circus entertainers and cabaret acts twirling between the machines, drinking protein shakes.

Joking aside, some things people do in the gym are just plain nuts. Luckily most of them are easy to spot and avoid. But there are also a few ‘normal’ exercises that should be avoided, and here’s why.

The triceps serve to straighten the arms at the elbow. Simple job, right? Well, the triceps are far from a simple muscle. As the name suggests, they are made up of three distinct components, the lateral, medial, and long heads. To build impressive and fully developed triceps, you must hit all three heads in your training. It’s absolutely no good just doing 10 sets of one exercise, you really do have to mix it up here.

A simple rule for proper triceps development is to perform a few sets of an exercise with your arms by your sides, out in front of you, and above your head. This can be achieved with three extension exercises. The problem here is people often use a flat bar. You’ve probably done it at some point. Did it feel awkward to you? It certainly felt awkward to your elbows. If an exercise feels awkward, you’re either doing it wrong, or it’s just not right for you.

Flat bar triceps extensions of any kind are not good for anybody.

To show this, lie on your back and put your arms in the air in front of you. Let your elbows bend and allow your hands to drop back naturally, as if you were doing skullcrushers. What position are your hands in? Turned inwards, right? Now turn your hands as if you were holding a flat bar and extend your arms. Feel the pressure in your elbows?

Don’t do any kind of triceps extension with a flat bar. It is a totally unnatural position, places huge strain on your elbows, and is a major cause of injuries like lifter’s elbow. Instead use… pretty much anything else! Most gyms have a wide array of handles that can be fitted to the cable pressdown machine, and mixing them helps hit the triceps from all angles. Use a handle allowing the elbows to move through their natural range of motion. The ropes are probably the best for this. Back to skullcrushers, grab the EZ-curl bar for a more natural and injury-free lift. The same goes for overhead extensions. 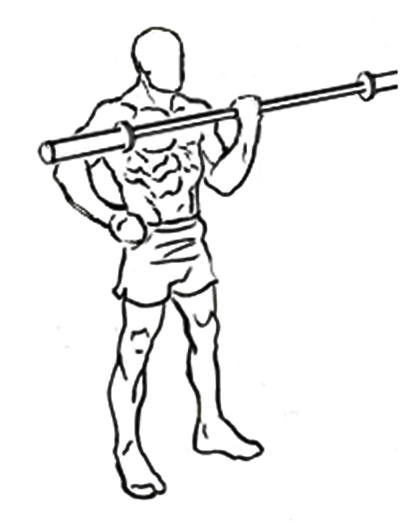 Sorry, but who invented this?

This is an example of a straight-up gimmick; a silly idea that looks just radical enough to confuse people into thinking it might be beneficial.

What? Scrap the lot! Your injury-free body will be grateful.

Sheer Recovery from Sheer Strength Labs is a superb supplement to help you recover faster and more efficiently from your strenuous workouts. Simply add it to your post-workout nutrition, alongside some quality protein and rapidly absorbed carbohydrates and your body will have all it needs to replenish stocks, build muscle, and ready you for your next session. Alternatively, you can tear your elbow ligaments to pieces performing one-armed barbell curls and sit at home, staring at the tub, wishing you could get back in the gym. 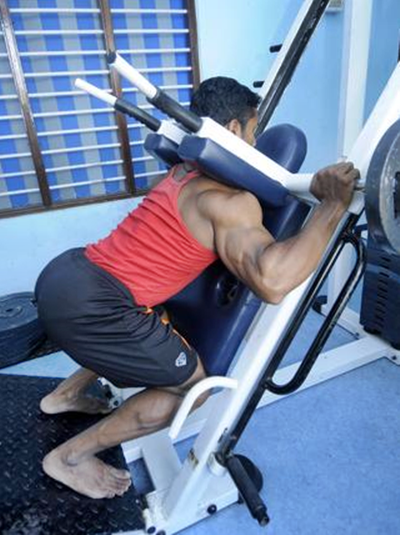 This is another major head scratcher and, fortunately, is rarely seen. Why anyone thinks this is a good idea is a mystery. Just look at the picture… all that stress is headed for the all too often injured lower back area, not to mention the pressure on the neck. This is NEVER a good combination and has no place in the gym!

Use machines as they were intended to be used. So much science has gone into the design of that piece of equipment to make it safe to use and hit the target muscles effectively.

Well, this one is surely obvious… normal hack squats!! Get your back flat against that pad, put your head back, place your feet wherever you find comfortable, and squat. Mix up the foot position through your sets to maximize the amount of muscle fiber stimulated.

The bench press is one of the core weight training exercises. You simply have to perform this exercise in some form to build an impressive chest and set off your entire upper body. The bench press also strengthens the rib cage and all surrounding muscles, when performed correctly and with a full range of motion.

When most people hear the words bench press their minds instantly go to the barbell variation of the exercise. This is the oldest and most commonly performed variation. The problem is the bench press is also a major ego booster; guys often want to show off their strength by going for big weights and low reps. To do this safely, you require a spotter to save you when you inevitably fail. This is where the often controversial Smith machine comes in. The Smith machine allows a certain amount of safety when benching alone.

So what’s the problem?

Well, the problem is the Smith machine doesn’t allow you to lift through a natural plane of motion. The vertical Smith machine is probably the worst because a natural bench pressing movement starts lower on the chest and finishes directly above the shoulders. Pushing in a straight line places extra stress on the fragile shoulder complex. Angled Smith machines facilitate the natural plane of motion to some degree, but you are still pushing through a fixed and often unnatural line. When the uneducated enter the Smith machine the wrong way around, lowering the weight towards their neck and pushing up and away, injury is sure to follow.

Go for dumbbells. Dumbbells not only eliminate danger by allowing an easy escape, they allow you to go to failure, and actually hit the pecs, particularly the inner pecs. And you can hit them harder due to the increased range of motion.

Big lifts like the bench press boost natural testosterone levels, increasing your muscle building potential. You can add to this by taking Sheer Alpha Testosterone Booster. This great product stimulates your body to naturally send your testosterone levels through the roof.

Behind the Neck Press 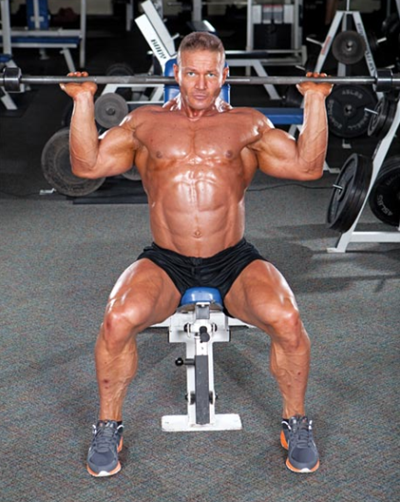 On to another big pressing exercise now among the old favorite, the behind the neck barbell press.

This exercise goes back decades and is still performed in virtually every gym around the world. However, lifters have been warned about the dangers of this exercise for many years now. Do they listen? Nope.

Pressing from behind the neck is an unnatural movement, and while it may hit the lateral deltoid heads hard, it hits two other things hard as well, the shoulders and the neck. It is a major cause of nasty shoulder injuries, but for some reason, people just won’t let it go.

Like the bench press, dumbbells not only eliminate stress to sensitive areas by allowing a free range of motion, they also improve the effectiveness of the exercise by allowing a much fuller range of motion. Start with the dumbbells at ear level, pull the elbows back slightly to push the stress onto the lateral delts, and push upwards, bringing the weights together at the top with a satisfying clink. 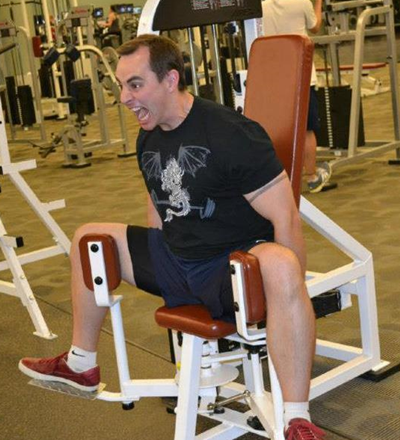 This little gem generally sits over in the corner of the leg training area, or even out with the cardio equipment. It is designed to work the groin area (adduction-pictured), or the hip abductors, with some machines capable of both.

This has no place in the bodybuilder or strength trainer’s workout schedule. The only exception being for rehabilitation of injuries, and even then only under the direction of a personal trainer or physiotherapist.

You will look like a prat, you will get laughed at, you will be walking funny the next day. Your core exercises like squats and deadlifts hit these muscle groups more than adequately so steer clear!

Don’t be a dummy in the gym, listen to science and heed the warnings of modern training advice. Avoid anything that sounds gimmicky, and listen to your body. If it hurts in any way, stop! Take Sheer Strength Pre-Workout to boost your motivation and concentration without giving you the jitters. It can also help you focus to spot the pitfalls as they inevitably present themselves!

The post 6 Exercises You Should Avoid appeared first on .