Is Alcohol Destroying Your Fitness Results?

So you decided to read the article. Let’s not kid ourselves. I’m sure you know the answer to the rhetorical question in the title. If you don’t, then you must be either blissfully unaware or living in a fantasy.

But exactly what are the effects of alcohol on your body? And how do these affect your training? 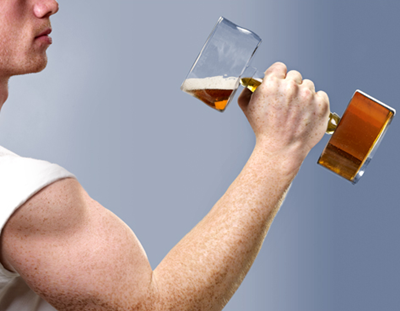 Now, most people enjoy a drink, and that’s fine. It’s totally legal, can be a great way to socialize and let off steam, and, when done sensibly, can be relatively harmless.

But here in the 21st century, drinking has become more serious. Many people regularly binge drink way into the realms of excess, and this can have serious health implications.

The ‘normal’ person may not even notice these implications. To them a lazy day in bed on Sunday, followed by a miserable Monday might just be par for the course. But for the serious athlete, who should be more in tune with their body, the effects of alcohol can be dire. Alcohol is essentially a poison, a stressor on the body affecting virtually every system. Read on to find out how alcohol may be affecting your results…

Let’s jump straight in with the obvious one. Drinking to excess causes a hangover. This debilitating feeling, as your body struggles to rid itself of toxins and regain balance, can render you virtually useless. An especially vicious hangover can see you bedridden and ill. Put simply, there is absolutely no point in hitting the weights room the day after a drinking session. You will do more harm than good.

Go grab some fresh air, take a walk, and replenish your body with some nutritious food. Taking Sheer Total, the multivitamin supplement engineered for men, will help you recover from those dreaded hangovers faster and with greater positive effect. This great supplement contains all of the nutrients you need to get your body back on track.

Now, almost everyone has a hangover from time to time, that’s totally normal, but when it becomes a regular occurrence, your training will become seriously hindered. While you may only feel groggy for a day, your body can take two or three times as long to fully recover. If you indulge in midweek drinking as well as the weekend partying, this means you are rarely, if ever, at full strength.

Alongside the physical consequences of a hangover, there are mental effects that drag on for days. This is essentially your body telling you to rest. Your cloudy head destroys your focus, and you will be more likely to pack up before completing those all important final sets. Your mind focuses on food and bed, and that is not conducive to quality training sessions. You’ve felt it before and cursed yourself for being soft. Is it worth it? 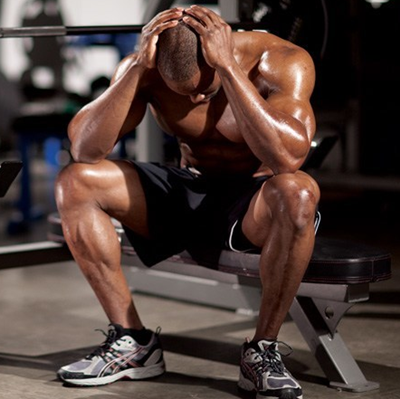 “Drink vodka because it contains no calories.”

While vodka contains no carbohydrates, fats, or proteins, it definitely contains something else.

Alcohol contains almost as many calories per gram as fat (fat contains just under 9 kcals per g., alcohol has 7.1), and vodka is not short on the stuff. In fact, a fifth of vodka contains almost 2000 calories!

When you start consuming sugary beverages like beer and cider, you are also introducing large amounts of carbohydrates and even a little protein into the mix. This ramps the calories up significantly, and these are not good calories, they are empty. Empty calories are energy that is not accompanied by any associated nutrients, such as the B vitamins. This means they deplete your body of nutrients used in the processes of absorbing and metabolizing the alcohol.

Alcohol actually inhibits the absorption from the gut of most important nutrients found in food. It does this by damaging the lining of the stomach and intestines, rendering them inefficient at their job. This can lead to nutrient deficiencies, which in time develop into far more serious conditions.

When nutrients manage to pass from the gut into the bloodstream, they may still be affected by alcohol. One process of vital importance to athletes is protein synthesis, without which the body would never be able to recover and grow. Yep, alcohol has a negative impact on this too. In fact, alcohol may reduce recovery and growth by as much as thirty percent!

Well, that got your attention didn’t it! While alcohol wreaks havoc with your gains, the pesky molecule also does something else… it causes your body to lay down more fat. It does this because one of the breakdown products of alcohol is acetyl-CoA, an important molecule in the processes of fat synthesis and storage. This is not good news for your six pack. Add the huge amount of calories found in alcoholic drinks into the equation and you have a recipe for disaster! 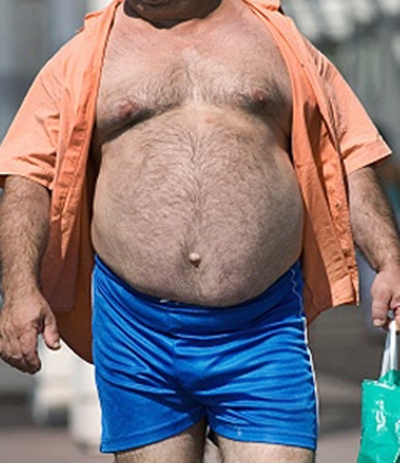 It is no secret that alcohol causes dehydration. But why? Alcoholic drinks are generally full of water, so why would they possibly have a negative effect?

Well this all comes down to the regulation of a hormone secreted by the pituitary gland in the brain. This hormone is called anti-diuretic hormone (ADH) and is responsible for telling the kidneys to reabsorb fluids into the bloodstream. Alcohol helpfully comes along and all but shuts down ADH production, leading to the kidneys not getting the signal they need, and an excessive amount of urine being produced. This means you will wake up feeling like your brain has shrunk and is rattling around your skull like a peanut in a coconut shell. Drinking some fluids before bed helps alleviate this, but you won’t get the full effects due to your ADH levels still being hugely reduced.

This dehydration can take days to put right, and since adequate hydration is necessary for the proper regulation of just about every bodily function, your training will be affected. In fact, it has been shown that just 2% dehydration can have drastic consequences for athletic performance.

So you think you get a great night’s sleep after flopping into bed loaded up with booze?

Wrong again. While you may be out cold, you aren’t going through the usual, healthy sleeping pattern needed for a refreshing rest and adequate recovery.

Normal sleep involves drifting through REM sleep before entering the deep sleep state. Alcohol skips this important step that is so important for proper physical and mental rest. Once the alcohol has worn off you will be left in a very light sleep state, which explains why it is often hard to maintain sleep the morning after hitting the tiles.

Sheer Sleep is a natural sleep aid that helps you get a great night’s rest and wake up feeling refreshed and ready for your day. Containing a source of melatonin, the hormone predominantly responsible for maintaining proper sleep patterns, Sheer Sleep is a great addition to your night-time supplement stack.

Alcohol increases the risk of developing abnormal and dangerous heart rates and rhythms. This is especially dangerous for those taking part in strenuous exercise in the days following a big drinking session. If you notice any kind of chest pain, changes in the activity of your heart, or unexplained or excessive breathlessness, stop immediately and seek medical advice. 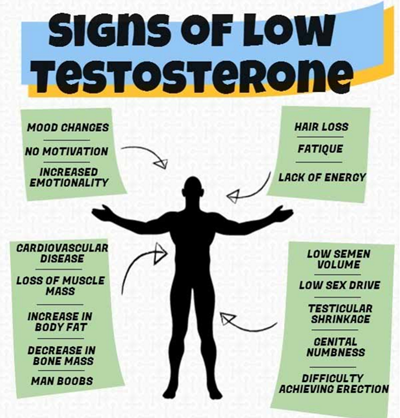 Testosterone is the most important hormone in the body when it comes to building muscle tissue; it is the reason that men hold more mass than women.

Without testosterone you would feel tired, grumpy, lack any interest in the opposite sex, and your muscle would melt away. Sound like a great situation to be in?

Well, you won’t want to hear this, but excessive alcohol consumption more or less shuts down testosterone production in the body. It does this by raising levels of substances proven to hinder synthesis of this all-important hormone. To make matters worse, alcohol also increases aromatase activity, meaning that some of the testosterone that is produced will be turned directly into estrogen. Suddenly that big session you had planned for the weekend doesn’t sound so great, huh?

Taking Sheer Alpha Testosterone Booster will see your natural test levels soar. This excellent supplement contains a whole host of ingredients proven to raise levels of this most important of anabolic hormones.

As well as disrupting the balance of sex hormones, alcohol also has a negative effect on just about every other biochemical system within the body. Another important one to note is the way the immune system is altered.

Alcohol first causes a surge in immune cell activity, in response to the introduction of the toxin into the bloodstream. After an hour or two, this activity is slowed to a crawl, leaving the body open to infection and disease. This effect can last for days after heavy boozing, and when combined with strenuous training, can leave your body in a very vulnerable state. 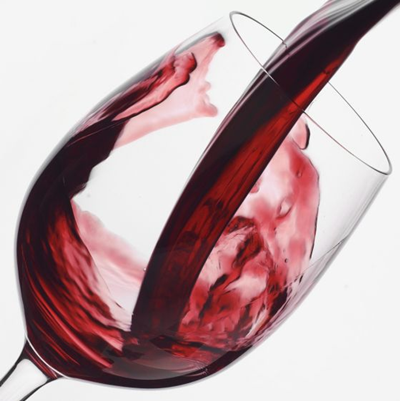 Nobody can tell you to cut drinking out of your diet altogether, in fact, that would be totally unreasonable. Moderate drinking from time to time isn’t going to spell the end of your training. Even getting blotto occasionally won’t do any real harm, but you need to be aware of the damaging effects of this socially acceptable drug.

You are now armed with the facts, do with them what you will, but take heed.

You may have heard that red wine is good for you? Well, yes, there is a lot of research to prove this, but it relates to a small glass of red wine taken with a meal, not an entire bottle.

Perhaps just try a month or so with no alcohol whatsoever and see how you feel? That way you can get a real feeling for both sides of this particular coin, and how your training is affected.

The post Is Alcohol Destroying Your Fitness Results? appeared first on .