The Best Exercises for Adding Bulk to Each Body Part

Every weight trainer goes through a stage when they simply want to add bulk to their frame. Unhappy with their current size, or perhaps stuck on a plateau, they want to add a few pounds rapidly, to fill out their physique.

In fact, every serious bodybuilder, especially those who compete, know bulking cycles are an essential part of building a super impressive, and even trophy winning body. 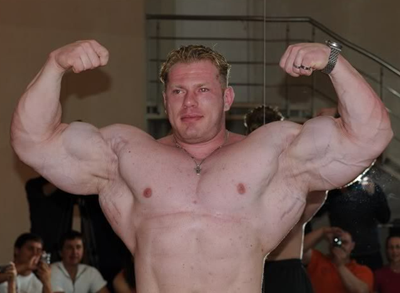 You cannot reach optimum growth while staying completely lean and beach ready, all year round. Despite all those impressive looking, fancy new routines that pop up all over the internet week in, week out, telling you to do a bunch of strange sounding, one-legged, blindfolded, exotic sounding movements, there is only one formula to bulking….. Eat plenty, and hit the most effective lifts, heavy!

So what makes for an effective lift? What are the best bulking exercises for each body part?

Well you won’t find huge surprises here, except there are few variations that break some long standing ‘rules’ of the gym. An effective lift must hit the target muscle group effectively, with focus and intensity. They must work through a full range of motion, stimulating as much muscle fiber as possible. They must also be performed correctly. Yeah, yeah, you’ve heard it all before, but it’s true, proper technique and eliminating momentum are key to effective lifting and adding serious bulk and strength to your frame. So, let’s go…

Shocker! Squats get straight in as the best exercise for adding bulk to the quads. A few would argue the leg press actually targets the quadriceps more specifically, by eliminating the stability aspect of the squat and concentrating more weight onto the target muscle, but the mighty squat stimulates far more muscle fibers, and is the best exercise for building the quads  from all angles, as well as the glutes, and, in fact, the entire leg area. Now, while front squats have a place in the gym, we are referring to the back squat here. This is mainly because only a handful of people on this planet can hold as much weight in front of them as they can across their shoulders.

Mix up your stance when it comes to the squat and make sure you go deep enough. Hitting the point where your thighs are parallel to the ground is ample enough, but sacrificing range of motion for more weight is ineffective, don’t do it! Strap them knees up and get deep and heavy! 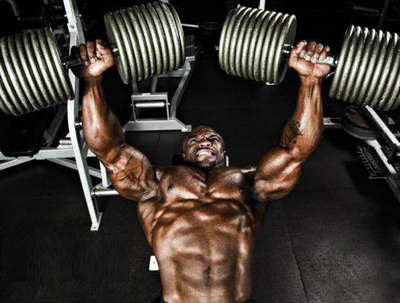 Here we go, controversy! But this is just common sense. The dumbbell version of the bench press promotes a more natural movement and far greater range of motion, particularly hitting the inner chest far better than its barbell counterpart. Get on the bench, set your back into a powerful position, plant your feet, puff out your chest, and let those dumbbells move through a natural arc, bringing them together at the top to really squeeze the inner pecs.

Upping your testosterone is a surefire way to boost muscle gain. Adding Sheer Strength Labs Sheer Alpha Testosterone Booster to your daily supplement stack is the perfect way to achieve this. The potent and scientifically proven ingredients cause your body to naturally increase levels of this most potent of anabolic hormones.

Let’s complete the first three big bulking lifts with another obvious one, this time without variation. The good old deadlift is the king of building muscle and strength. It stimulates more muscle fibers and is so intense it naturally boosts anabolic hormones, like testosterone and growth hormone like no other lift. Workout techniques like 5×5 work particularly well with the deadlift for adding bulk to the lower back, traps, hamstrings, and even calves, as well as strengthening the core. Try to avoid using straps to improve grip strength and forearm development. Adopting an alternate grip can help secure the bar. Keep that back flat, your head looking forward, and thrust the hips through at the top of the movement. 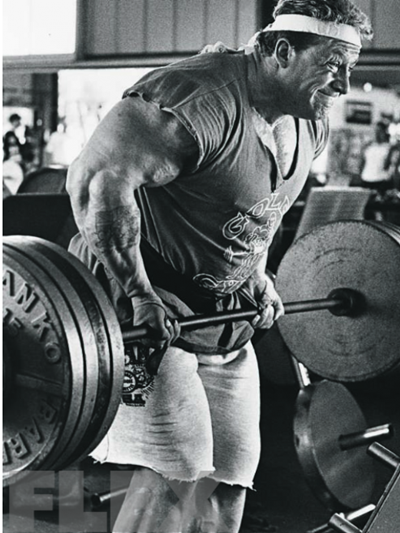 It can easily be argued the most impressive back ever built belongs to the great, SIX-time Olympic winner, Dorian Yates (pictured). He not only possessed possibly the thickest and widest back ever seen, he also had the most complete lat development.

The lats are among the largest muscles in the body, second only to the glutes. They cover a huge area of the back, but many people lack lower lat development. This is where Dorian’s training techniques come into play. Thinking outside the box and ahead of his time, Dorian Yates realized that using an underhand grip when performing barbell rows, you achieve a much greater stretch and contraction in the lats, especially improving the work done by the much neglected lower portion. He also preferred to stand more upright than most of his competitors, as you can see in the picture. This variation may feel awkward at first, but once you get the grip and technique right, you will begin to reap the rewards.

Barbell shrugs heap huge weight and stress on the traps, equaling growth. But don’t restrict yourself with ‘conventional’ front shrugs, where you limit range of motion and smash your private parts to pieces, shift the bar behind you for a more complete contraction and greater activation of the lower trap area.

This was a tricky one. There are many great contenders for top tricep builders, but none place as much stress on all three heads than the close-grip bench press. Done correctly, virtually eliminating chest involvement, the close-grip press will see your tri’s balloon. For the ultimate tricep pump, take Sheer NO2 Nitric Oxide Booster. This superb supplement massively increases blood flow into the working muscles, helping them to work harder and achieve maximum pump.

Heading to the other side of the guns now, and another tricky decision. The Preacher curl is the most effective exercise at isolating the biceps and inspiring impressive growth. Use a weight that’s heavy enough to hit the biceps hard, yet allow a full range of motion. No stopping short! Machine Preachers are particularly effective at eliminating the natural dead spot at the top of the free weight version, where gravity is neutralized by the geometry of the position, allowing an all important, muscle-shredding squeeze.

Again a difficult choice, but given the huge area occupied by the diverse abdominal muscles, machine crunches win. These are proper machine crunches that involve pulling downwards with the upper abs while lifting with the legs to hit the lower abdominal area, as well as heavily employing the obliques. A pyramid system is especially effective here, first warming up the abs, before hitting them hard, and finally burning them out.

Some would argue for the stiff legged deadlift here, but seeing as we’ve already had one deadlift on this list, we’ll go for the lying leg curl instead. The lying curl also pulls the hamstrings through a much fuller range of motion, stimulating more muscle fibers. Concentrate on slow negatives here to really feel the hamstrings stretch out. Avoid using momentum unless you want to be excused from leg day for a while with a nasty tear.

The calves are a complicated muscle group and can also commonly be a problem area for bodybuilders. They need to be hit from both the standing and seated position to stimulate both major muscles, the gastrocnemius and soleus, but the standing variation of the calf raise does hit the calves harder, and through a slightly greater range of motion. Go heavy for these to shock the calves into growth, but make sure you go deep enough to give them a good stretch. Squeeze at the top for a one count before slowly stretching them back to the start position, well below parallel.

Now, last but not least, the mighty deltoids. These muscles set off the physique, add width, and enhance the highly sought after V-shape. Beginning with the front portion of this three headed muscle group, the anterior deltoids, the military front press is most effective at heaping stress onto the muscle fibers. For many people, the bench press all but destroys the anterior delts, which then just need finishing with a few isolation movements, but for the sake of this article, the front press wins the day. Adopt a grip that isn’t too wide. The forearms should be perpendicular to the ground at the bottom of the movement. Push your chest out slightly, try not to break your nose, and thrust that weight skyward. 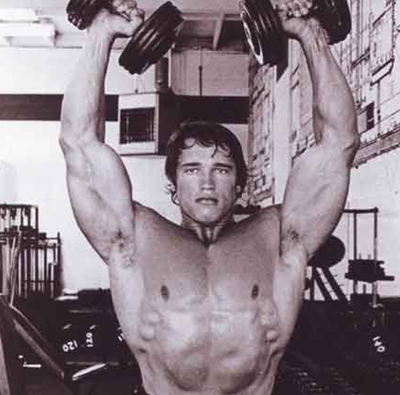 A very similar movement with a slight shift in emphasis. People are crying out for heavy laterals as the most effective exercise to build huge lateral delts, but pressing is the key to adding real width to your frame. No movement hits the lateral heads like properly performed dumbbell shoulder presses.

Pull your shoulders back and keep your elbows back as far as possible throughout the movement to really hit the side heads. Push into the air in an arc, bringing the weights together at the top and feeling the squeeze in the small target muscle group. Performing a light set of high rep lateral raises first helps with the mind-muscle connection and improves the efficacy of this exercise.

Finishing off with the little rear delts, many expect to see the bent lateral raise here. However, the machine version eliminates the huge dead spot at the bottom of the movement that is all to often overcome by momentum. Squeeze at full contraction to really tire the muscles.

Now, to grow, you need to recover, and alongside a smart, well-timed, and sufficiently large diet, you need a recovery supplement stimulating growth the second you are ready to leave the gym. Sheer Recovery performs this task perfectly, and when taken with quality protein and rapidly absorbing carbohydrates, gives the muscles everything they need to turn your training sessions into results.

The post The Best Exercises for Adding Bulk to Each Body Part appeared first on .