In the modern, high-tech world of strength training and bodybuilding, everybody is trying to get ahead by whatever means possible.

The competition is extremely fierce, and even just a temporary 0.1% gain in any single aspect can mean all important poundage on the bar. [caption id="attachment_6082" align="alignright" width="400"] 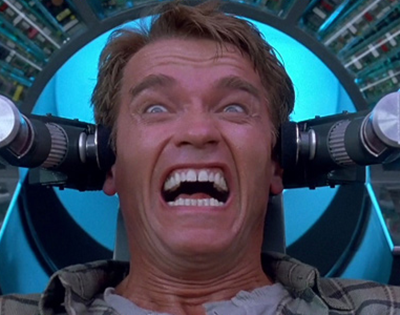 Pic: projectbodybuilding[/caption] We are constantly bombarded with news of progress in weight training, from new equipment to groundbreaking techniques, clothing, dietary advice, and, of course, state of the art advances in supplementation. We are often then hit with conflicting reports detailing the shortfalls and apparent detrimental effects of the same wonder developments. Iron science gets more confusing by the day. Competition is fierce, everybody is looking to discover the next big thing and blow their rivals clean out of the water. This leads to massively inflated claims and disappointed customers, and that is bad business. A simple rule is this… If something sounds too good to be true, the ingredients are vague or not disclosed, or there is no sound scientific backing behind the claims, it’s probably best to give it a wide berth. That said, only time can truly tell; far too often, theories or flukes have proven invaluable to the world. So many things, from X-rays to viagra, were stumbled upon purely by chance. But for now, here are some of the supplements that hold water, and should play a part in every serious trainer’s stack…

We’ll kick off with an obvious choice first. One of the most popular sports supplements on the planet, creatine, is rapidly moving beyond the doubt of even its most determined detractors. Following reports of use by successful athletes at the 1992 Olympic Games in Barcelona, creatine began to work its way into the everyday language of sportsmen and women around the globe. At first, there was a mixed response, with many questions raised: “What is creatine?” “How does it work?” “Is it dangerous and should it be allowed in sport?” “Can we have some?” A year later, in 1993, the final question was answered, as creatine supplements became commercially available to the public, and the other answers are… Creatine is a supplement found naturally within the human body, and it works as a relay runner for energy molecules known as ATP. Put simply, ATP provides energy to the muscles when it loses one of its three phosphate groups. For ATP to become fully potentiated again, it goes through a process reuniting with its full quota of phosphates. Creatine sits on the shoulder of ATP and passes it a phosphate in a much more convenient fashion, readying the molecule to re-enter the system and keep the muscles working. This translates to the athlete sustaining longer periods of maximum effort, which in weight training terms equates to an extra rep or two. Supplemental creatine has been investigated since 1912, by Harvard University and others. It is a water-soluble substance known to produce no significant side effects, except a little water retention. This water retention actually serves to increase the surface area of muscles and is another factor behind the rapid increase in strength and size experienced by those taking the supplement. Studies also show creatine increases blood levels of testosterone and insulin-like growth factor, as well as decreasing myostatin, a protein responsible for switching off growth mechanisms. The best way to take creatine is to cycle it, with around 8-10 weeks on, and 2-4 weeks off. This keeps the body on its toes and prevents it from getting used to the effects of the supplement. There have been many forms of creatine on the market over the years, each purporting to be better than the last, but the original and best, creatine monohydrate, still consistently comes out on top in tests. Sheer Strength Creatine Monohydrate is 100% pure and is guaranteed to give your workouts a boost.

Testosterone is the primary anabolic hormone within the human body, without which you simply wouldn’t grow… in fact, you would barely be able to get out of bed in the morning. [caption id="attachment_6083" align="alignright" width="400"] 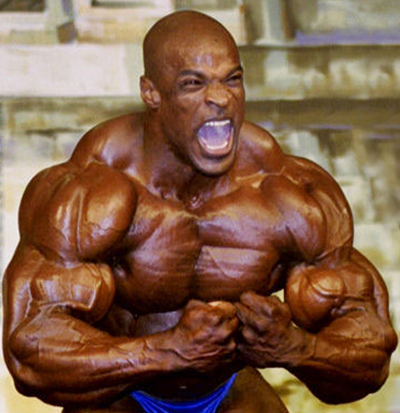 Pic: alongabbay[/caption] Testosterone promotes energy and vitality, healthy sleep patterns, and perhaps more importantly, fat loss and muscle gain. Lifestyle factors that increase testosterone levels are: The smart way to potentiate this is to add a testosterone boosting supplement into your stack. Sheer Alpha+ is an incredibly potent testosterone booster that combines a number of ingredients, such as vitamin D, zinc, and D-Aspartic acid that consistently increase the natural production of testosterone.

Almost two-thirds of skeletal muscle is made up of the amino acid glutamine. Despite this, intense weight training can significantly deplete available stores of this important substance within the body. Glutamine has many beneficial effects for athletes, these include: Once glutamine becomes depleted following heavy workouts, it can take days for levels to reach an optimum level again. Sheer Recovery is a superb post-workout supplement with glutamine as well as many other proven ingredients, including creatine. When taken with a good quality protein and rapidly absorbed carbohydrates, Sheer Recovery sets your body up for optimum repair and growth.

Nitric oxide is a molecule found in the human body responsible for dilating blood vessels and increasing blood flow to the muscles. It is nitric oxide that causes the male erection. The benefits of increased blood flow for weight trainers is an increase in muscular surface area, leading to a rise in strength, and more efficient nutrient and fuel delivery. That’s right, massive pumps and more energy reaching the fibers. While it cannot be taken as a supplement itself, there are ingredients that will cause the body to increase production of nitric oxide. Each serving of Sheer Nitro contains a whopping 6 grams of one of the most potent nitric oxide boosters, citrulline malate, as well as many other potent ingredients. Give it a go today, you will be amazed at the difference it makes to your workout. 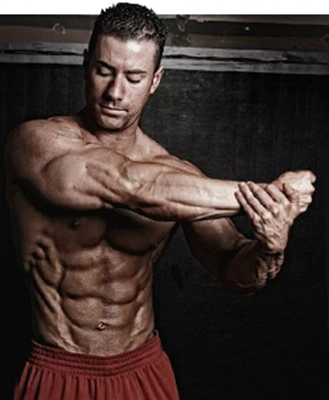 Pic: rawbodybuildingblog[/caption] For an impressive physique, you need big, well-proportioned muscles, but they count for nothing if they’re hidden under a layer of fat. When you’re bulking, it can be hard to prevent this fat from building up, making it ever harder to trim down again when the time comes to begin cutting. The best way to burn fat, as well as preventing it from building up in the first place, is to take a thermogenic fat burner. Thermogenics raise your basal metabolic rate, the amount of calories your body burns at rest, as well as causing your body to use fat first as an energy source. Sheer Shred is an extremely potent thermogenic fat burner packed full of powerful ingredients melting away that spare tire, revealing the definition you’ve worked so hard to attain. You won’t be jittery like the fat burners of old; Sheer Shred gently boosts your metabolism using proven fat zappers like green tea extract and anhydrous caffeine.

Branched Chain Amino Acids or BCAA’s are a real must for any serious weight trainer. When you train, your muscle tissue is damaged to set the site for recovery and growth. This damage leads to some components being burned as energy, not the ideal situation for an individual trying to get bigger! The main components of muscle taken as fuel are leucine, valine, and isoleucine, the BCAA’s. Consuming these amino acids before, during and after exercise floods the muscles, all but preventing unwanted muscle wastage. Sheer BCAA is formulated with the optimum mix of these muscle saving molecules to ensure none of your hard work is wasted. More recent research into the function of BCAA’s in the body has implicated this simple but effective supplement in a number of other beneficial effects, including fat loss and increased protein synthesis. Prevention of muscle breakdown, increased muscle mass, and more defined muscles… what more could you want from a supplement?

Weight training can seriously deplete the body’s stores of vital nutrients, and sometimes even the most rounded of diets just can’t keep up with demand. A prime example of this would be the powerful antioxidant, vitamin E. To get an effective dose of this cleansing nutrient would require shovelling in handful after handful of nuts, or bowl after bowl of spinach. Sheer Total is a multi-vitamin supplement specifically engineered for men who regularly lift weights at a high intensity. Containing an ingredients list as long as your arm, Sheer Total will ensure your body is topped up with everything it needs to grow. Jonathan Warren is a national level physique competitor and personal trainer with multiple certifications including NASM, NCCPT, and IKFF. His specializations include mobility training and corrective exercise as well as contest preparation.
Tweet Share Pin It Add Email